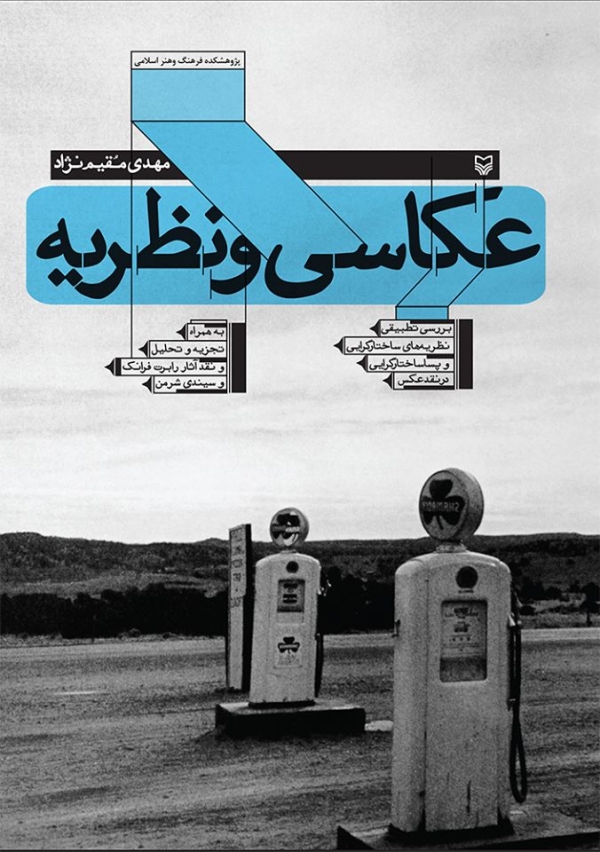 Therefore this book with general path of system analysis to text analysis works in both theories, in first part tries to deliberate the essence of photography by structuralism. On the other hand clarify this question that what kind of semiotics nature and autonomic structures can be found in the essence of the photo itself. What is the dissociation between photo from other images? Which principles might have been considered as the media’s nature of photography? Based on what conceptual binary opposition phonographic system has been established?

The next chapter deals with why and how the criteria for photography method could be considered in line with a structuralism interpretation on the history of photography. After study photography as a system with its own principles while analyzing the works of Robert Frank with all details it turn to how make criticism about his works with using the structural criticizing. How applying synchronic and diachronic analysis methods highlights components of his photos. How passing a proposed route end to the results of meaning of his works? How this photographer enter the interaction with structural principles of photography system? Therefore how setting limits to creativity of his work should be studied?

In third part this thesis come to general conclusion by a comparative analyzing between these two theories in three ways. First, the conclusion of those discussions about approach to structuralism and poststructuralism in photography world. Secondly more general background of the modern and post modern arts as consequences of these two theories. Finally the world of Robert Frank’s photography and Cindy Sherman. In the end some more personal deductions from different part of this book represents as a complementary aspect.